Town Manager David Hewett read a resolution adopted by the town commissioners recognizing the club’s 25th anniversary and its service to the community. HBBC works with the town on the design and maintenance of the public gardens and areas on the island.

Past presidents shared their memories of the earlier days of the club and some brought memorabilia to add to the club’s history.

President Todd recognized our Golden Gardeners and past presidents with a yellow rose. Golden Gardeners are members who have been a member for 15 or more years. The hostesses provided a lavish buffet including a cake celebrating 25 years.

The next meeting of the club will be October 14. If you are not a member and live or own property on the island, consider joining us! Email HBBC for more information. 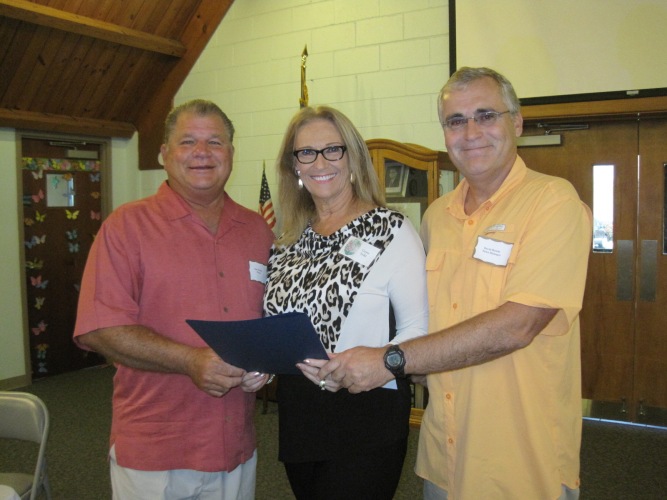 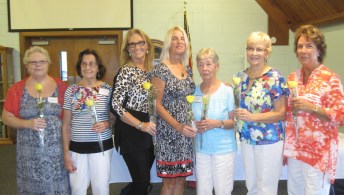 New members and their sponsors. 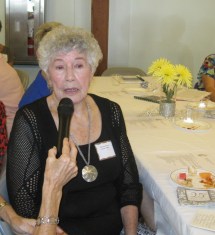 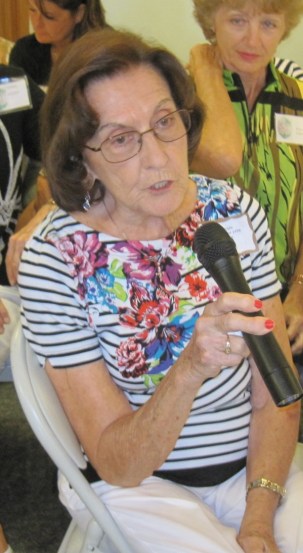 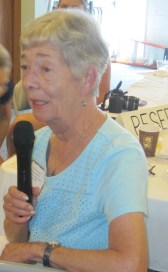 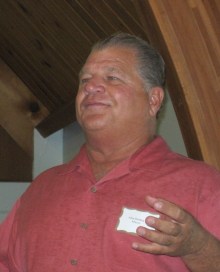 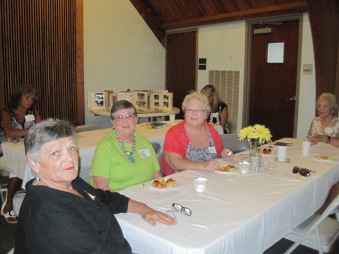 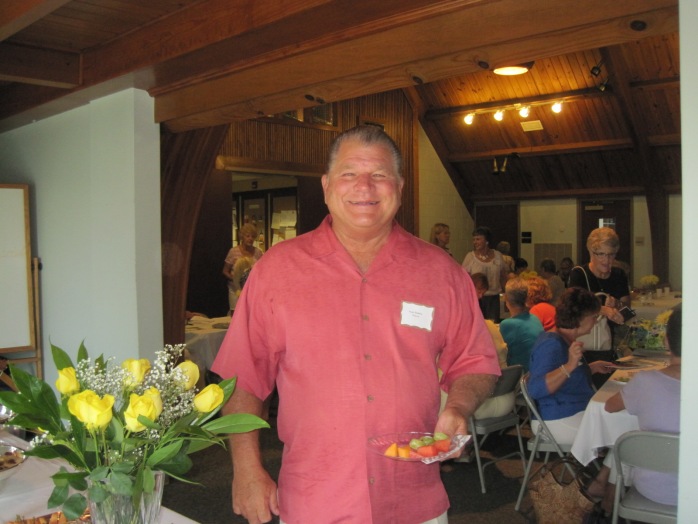 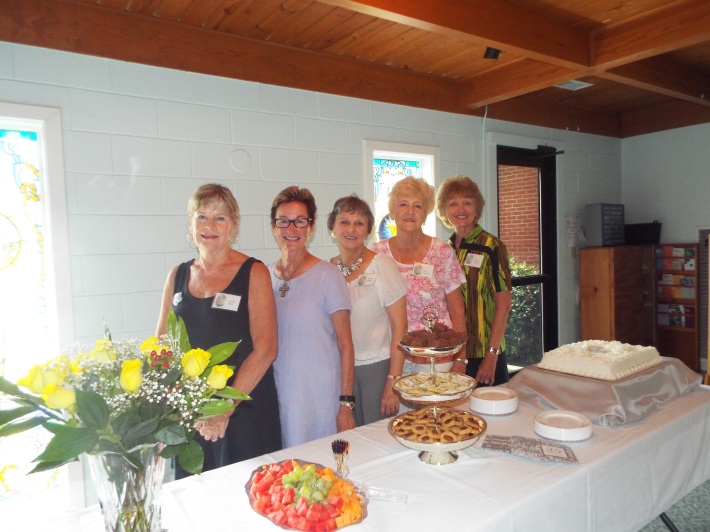 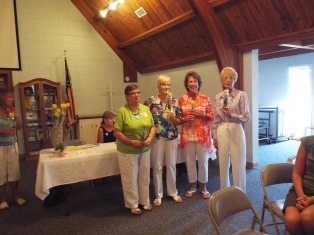